Finnair have been adding a whole slew of new destinations to their ever growing global network. Finnair are taking arrival of four new Airbus A350 aircraft in the coming months and their global growth is pressing on accordingly. The new flights offer even more travel options and flexibility to Finnair passengers travelling from Asia through the Finnair hub of Helsinki.

Here’s an overview of the new destinations and increased frequencies:

Reykjavik – Finnair already fly to Reykjavik through the summer but they have upped capacity to 5 weekly flights from May 31 – August 11 plus extended the service through Winter with 3 weekly flights to make it a year round destination.

Copenhagen – Commencing May 14 Finnair will increase capacity to Copenhagen with 5 weekly flights year round, including a morning flight from Copenhagen allowing the option for a day trip to Helsinki for business passengers. Vilinus – Additional frequency will be added to the Finnair schedule, with a third daily flight to Vilinus year round, opening up more possibilities for long haul connections through the Lithuanian capital.

Warsaw – A daily flight will be added to Warsaw throughout the Northern Hemisphere summer from June 5 – August 4.

UK – An extension of the codeshare agreement between Finnair and Flybe has opened up the following UK destinations: Cardiff, Doncaster-Sheffield, Birmingham and Southampton.

Lapland – Finnair will commence non-stop flights to Lapland from London, Paris, Frankfurt and Zurich from mid-December 2017 to March 2018. The additional flights to Kitila and Ivalo will to cater for an increased number of international passengers wishing to visit the ski resorts and looking to experience the Northern Lights.

Puerto Vallarta – Finnair will commence a new service to the popular Mexican tourism destination of Puerto Vallarta between November 19 and March 18. The flight will depart on Sundays, operated by Finnair’s new A350 aircraft.

Puerto Plata – A new weekly Finnair flight to Puerto Plata in the Dominican Republic will commence from November 30 to March 22. The service will be operated on Thursdays with an A330 aircraft.

Havana – Starting December 1st until March 23 Finnair will operate 2 new weekly flights to Havana, Cuba. The flights will be operated by an A350 aircraft, departing on Mondays and Fridays.

Goa – 2 new weekly Finnair flights will be operated from Helsinki to the coastal city of Goa, India between November 29 and March 21. 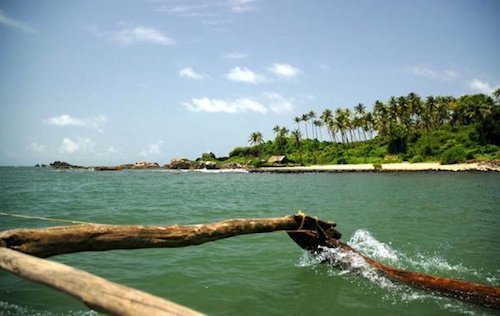 Delhi – An additional weekly flight will be added to the Finnair Helsinki – Delhi, India schedule between November 29 to March 21, taking the total to 6 flights a week.

Bangkok – Finnair will increase their frequency to Bangkok over the Northern Hemisphere Winter with 2 additional weekly flights from, taking the total up to 16 a week, and including a schedule adjustment allowing for a late evening flight providing additional options and flexibility for travellers.

Singapore – 2 new weekly Finnair flights to Singapore will make it a daily destination year round.